Toursec @ the Canadian Chief’s of Police Conference on Events 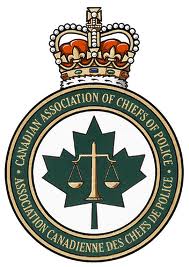 Operational Planning and Management of Public Safety Events took place last week and Toursec was there as the lone industry representative.

Primarily comprised of police leadership, the workshop also included city emergency managers, deparmental heads of EMS services and noted authorities on the maintainence of public order at mass gatherings. Those lecturing included the decision makers in charge of response to such notable incidents as the Vancouver hockey riots, the Quebec student protests and the Toronto G20.

The two-hundred plus attending were placed into strategic groups to create policy models, trianing recomendations and develope an overall response to the variety of issues that face mass gatherings. While this was a first meeting so to speak, much was accomplished with the process now being handed to CITIG who will continue building the various pieces.

Toursec will continue along in the process as its president is a member of CITIG.

From the CACP site:

While the primary audience for this event is the police and security community, it is clearly recognized that all public safety partners are critical stakeholders in the Operational Planning process. As such, our goal is to bring together first responders, emergency managers, government officials, military, NGO’s, academia and private industry to examine and discuss: