For over 20 years we have been providing uniformed security to events across Atlantic Canada. We service all sizes and types of events from intimate gatherings all the way to shows with 100,000 in attendance.
We draw from a pool of hundreds of well qualified personnel who have access to the most extensive training programs in the industry.

CP details are one of the most complex of security services and Toursec’s track record is second to none. We have worked with the Prime Minister Detail on several occasions, as well as the Governor General and the Royalty Protection Unit. Toursec was also the only private agency inside the exclusion zone of a sitting US president, George W Bush during his visit to Halifax in 2004.

Our CP operatives are extensively trained in a variety of specializations that are duplicate to public policing. Toursec also owns the infrastructure to handle most needs.

Whether it be a book signing, an AGM or delivering a speech to an international forum, this is all within our comfort zone

Film television are two very unique specialties in entertainment security, and Toursec is well versed on both.
When Live with Regis and Kelly was shot on PEI Toursec, ABC asked for us by name. Toursec covered every aspect of security. When multiple academy award winner Daniel Day-Lewis looked to film in Canada, Toursec was chosen. These are two of many examples.
Our film and television unit is managed by a former employee of a Canadian federal broadcaster with experience in both live and taped shows. We understand live shows, continuity and how the entire process evolves.

What happens if lightning strikes the middle of the event, sending thousands fleeing for safety and injuring hundreds?
We know, we’ve planned for that.
Toursec is uniquely qualified to assess risk and develop mitigation strategies. We have one of the most qualified teams in the country, trained in Emergency Management and incident response.
We are also certified by the NFPA in a variety of disciplines including life safety, have trained at the FEMA facility in Maryland and have authored policy for government. Regardless of event type or size, we can deal with it. 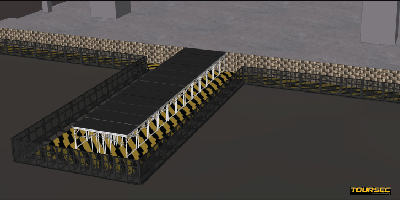 Setting up a major event site is like designing a small city. You not only have to make it great for spectators (ease of access/ line of sight) but also be accountable to safety. We develop a site using CAD software, allowing for a highly visual and almost lifelike model. In doing this we maintain life safety standards and use various principles including CPTED (crime prevention through environmental design) and crowd modelling. 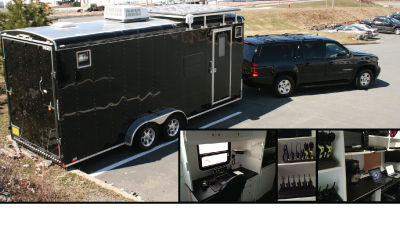 Toursec has an owned infrastructure to handle shows to 100,000. Our most notable resource is our command post. This is a purpose built, police specification CP that is the most equipped in the industry. This grid independent and mission critical office takes event safety to a new realm. Some of its features include: